Nor-Shipping Ship Awards – In the beginning 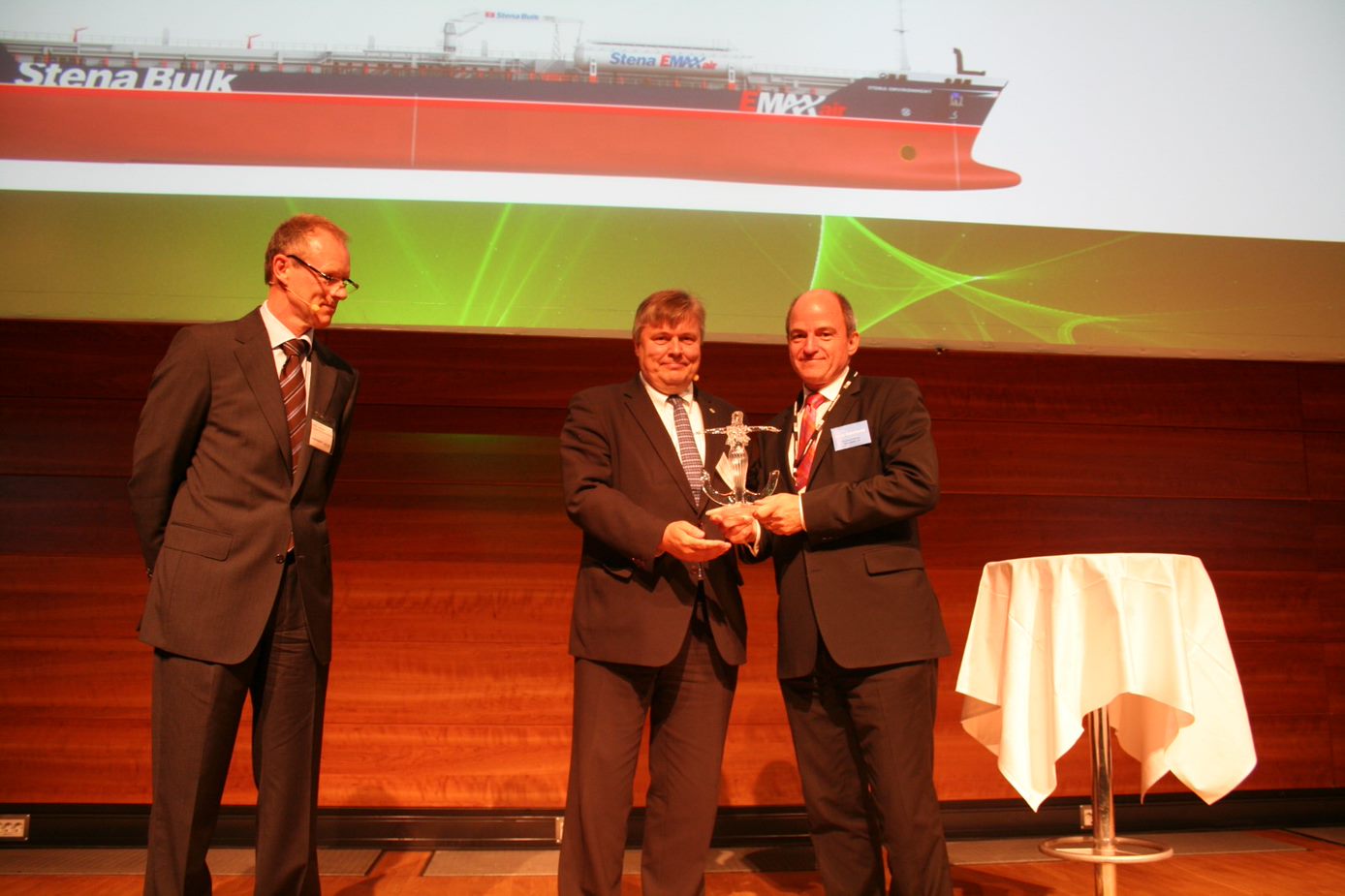 In 2009, the organisers of Nor-Shipping introduced their own awards for Clean Ships. In the first year this was divided into three separate awards – Clean Seas, Clean Air and Clean Innovation and the awards were presented at the opening ceremony alongside the Thor Heyerdahl Award.

The launch of the Clean Shipping Awards corresponded with that year’s Nor-Shipping Opening Conference titled “From Crisis to Opportunity: Shipping’s Role in the Fight against Climate Change”.

The Clean Seas Award company was to recognise superior efforts to limit discharges from ship to sea. The four nominees were Royal Caribbean Cruises’ Oasis of the Seas, Farstad Shipping’s Far Serenade, Viking Line’s Viking XPRS, and Wilhelmsen’s newbuilding then known as Mitsubishi hull number 2262 but delivered in 2011 as the PCTC Tonsberg.

The Clean Air Award recognised outstanding efforts to reduce the emission of greenhouse gases. The Nominees were: Clean Marine, (a JV between Klaveness Invest and Clue) for the Baru Majuro, Teekay for the Amundsen Spirit, Tide Sjø for the Tiderose and Sky Sails for the Beluga Skysails.

The Clean Innovation Award aimed at recognition of exceptional efforts to develop new products and services that contribute to the environmental performance of the world’s merchant fleet. The nominees were NYK for a new concept ship with sails, CTO SA, Poland for the new E-LNG, Stena Bulk for the Stena E-Max and STX Europe for the LNG Hybrid Standby Vessel.

Not surprisingly there was a strong Norwegian influence in the short listed candidates, but an international flavour was clearly present from the start and has continued over the years to the point where the awards are recognised internationally. Perhaps to avoid confusion it needs to be pointed out that the LNG Hybrid standby vessel was not a hybrid within the current usage of the term as there was no battery or energy storage system. The vessel was in fact a combined diesel and gas electric craft which would run as LNG electric at low speeds up to 14 knots and employ additional diesel electric power when a fast response was needed.

The three winners were Royal Caribbean, Teekay and Stena Bulk. The first two were physical ships while the E-Max was at the time a concept vessel.

Oasis of the Seas was of course the first in a new series of vessels and at the time of its delivery the largest passenger vessel ever built. At launch she had a gross tonnage of 225,282, but this was expanded to 226,838GT when additional cabins were added to Deck 14 in 2019. The ship was to reposition to New York from Florida in 2020 when she became the largest passenger vessel ever to operate from New York. In terms of gross tonnage Oasis of the Seas has been surpassed by two of her younger sisters and will be relegated further down the list when others of her class come into service in the future.

Cruise vessels with their large complement of passengers and crew present particular challenges for the environment. There is of course an enormous power requirement but also the challenge of dealing with waste in the form of both garbage and sewage. Each subsequent Nor-Shipping Award entry list has included at least one cruise or large ferry vessel and these are always factors which are taken into consideration.

Both the builder and the operator of the Clean Air Award winner were proud of Amundsen Spirit’s achievement. Samsung Heavy Industries the builder of the four ship class of shuttle tankers put out a statement after the award was announced saying the award for the ship – which was at the time still under construction – had “proven that it can build highly efficient eco-friendly ships that meet the new trend of the global shipbuilding industry. SHI predicts that the ability to design and build eco-friendly ships will determine the competitiveness of shipbuilders when demand for ships picks up in the future”.

A spokesperson for Samsung Heavy Industries said, “We intend to focus on developing new technologies related to eco-friendliness and clean ships, including technologies to reduce CO₂ emissions, clean fuels and methods of hazardous waste treatment. We will transform these new blue-ocean products into new growth engines by developing clean technologies.”

For its part, Teekay was still celebrating its achievement six years later when the vessel underwent its first periodic surveys in dry dock at the Fayard yard in Denmark in 2015. An article in the company’s blog section covering the drydocking opened by mentioning the ship’s award in the opening paragraph.

The combination of Teekay as owners and Samsung as shipbuilder was to go onto produce another shortlisted candidate for a Nor-Shipping award in 2019. This would eb for another tanker design but one which ran on LNG, had a system for converting VOC emissions into usable fuel and which also featured an energy storage system for its hybrid power system for good measure.

The Clean Innovation Award was won by Stena Bulk’s E-Max concept vessel. Followers of the tanker sector will know Stena’s propensity for introducing innovative designs. From the initial V-Max of 2001, the Stena-Max concept was linked to twin skeg, twin engine designs and the E-Max followed this formula.

As an LNG-fuelled 14,300dwt product tanker it was unusual in having a dual-fuel power and propulsion system with two deck mounted LNG fuel tanks. Stena had introduced the vessel concept in November 2008 at a press conference when it was said that if built it would be the world’s first LNG-fuelled tanker. Two years later, Stena showed a variant of the design that incorporated kite sails and called it the E-MAXAir. Concept vessels rarely make it into production, and this is true of the E-Max. Some of its features have surfaced in later Stena newbuilds and have also been incorporated into the IMOFlexMAX concept product tanker unveiled by Stena Bulk in June 2020.

Arguably, the lack of an LNG bunkering infrastructure in 2009 would have been an inhibiting factor for any owner pondering a new vessel. However, it could be said that Stena’s vision has inspired other operators.

The world’s first LNG-fuelled tanker to take to the water was Terntank’s Ternsund. Terntank is like Stena, based in Sweden and the Ternsund operates in the same sector as the E-Max was designed for. It may not be twin engined and its single dual-fuel Wärtsilä engine is a two-stroke rather than the four-stroke type Stena envisaged but it does have the deck mounted LNG fuel tanks. Ternsund was launched seven years after the E-Max won its award and at a time when the LNG bunkering infrastructure was beginning to grow in Europe. It could be argued that without the impetus that concept vessels had given to designers and regulators alike, the progress in technology use would never have taken place.