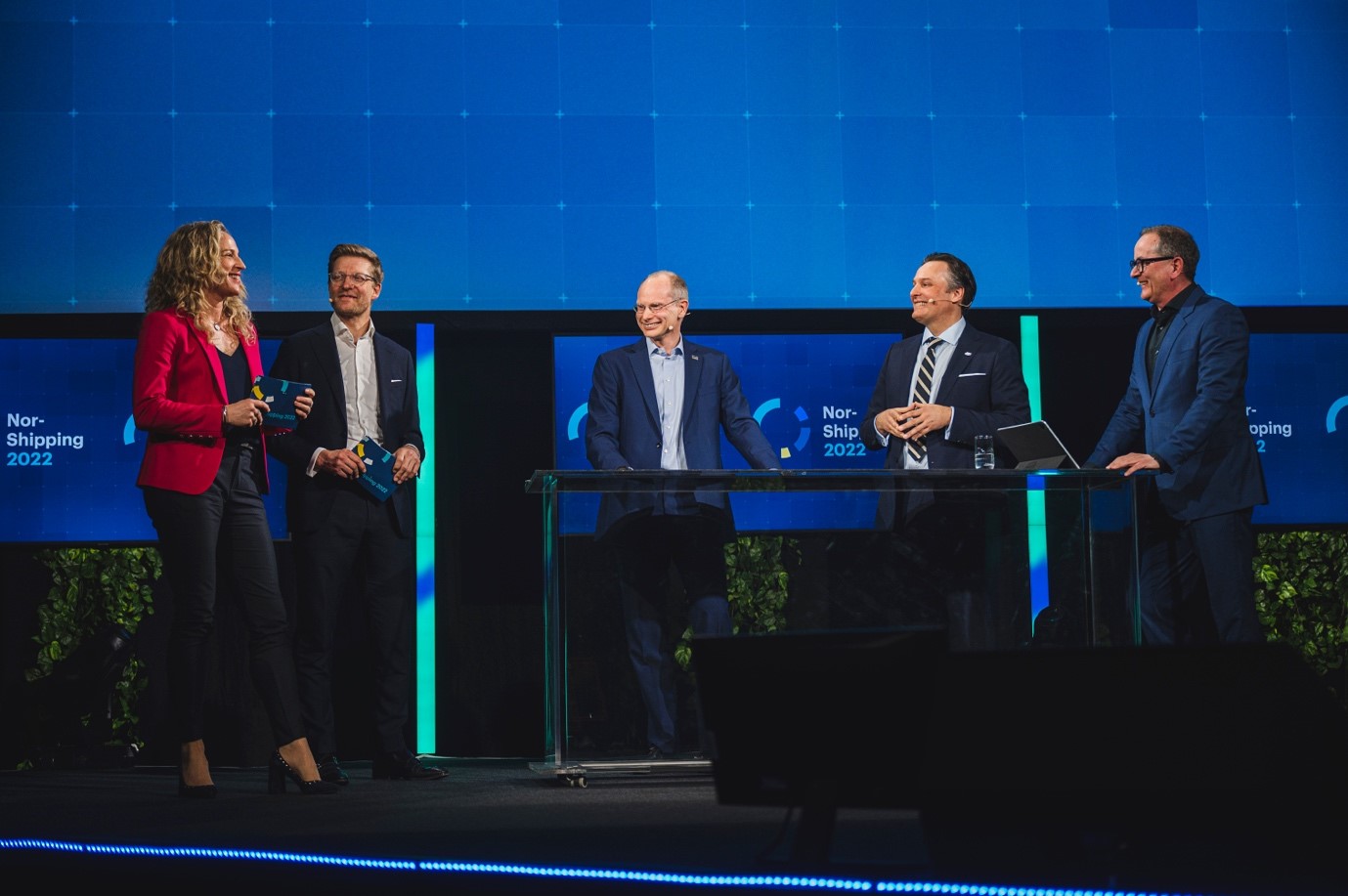 DNV has now granted Approval in Principle for the 7500-cbm tanker MS Green Ammonia, which will both run on and carry the fuel as cargo, that means the vessel concept being developed by Wärtsilä and Grieg Edge is feasible and can now be realised, with planned delivery of the newbuild in 2024.

The pair are partners in the Zero Emission Energy Distribution at Sea (ZEEDS) initiative, together with Aker Solutions, DFDS, Equinor and many more, that is looking to build a combined green hydrogen and ammonia plant at Berlevåg in northern Norway as part of the ZEEDS Arctic project.

The facility, with initial capacity of 100MW, would produce green ammonia from water and renewable power supplied by the nearby Raggovidda wind park and is planned to be up and running by the end of 2026 after earlier passing the feasibility study and concept phase.

Green ammonia produced by the hydrogen plant, which is being developed jointly by Aker Clean Hydrogen and local energy utility Varanger Kraft, would be able to supply shipping as well as offshore installations and off-grid power plants in the remote Arctic region.

The new ice-classed tanker, designed by LMG Marine, is a vital element in the value chain as it would be used to transport green ammonia produced at the plant to Longyearbyen on Svalbard, where it would replace energy supplies from a coal-fired plant nearing the end of its lifetime.

In addition, the vessel will provide green ammonia for ship-to-ship bunkering as well as for onshore storage facilities along the Norwegian coast to supply clean energy for local industry.
Grieg Edge head Nicolai Grieg said the AIP approval is “a major milestone in getting one of the first green ammonia-fuelled vessels in operation”.

Wärtsilä is presently developing an ammonia-fuelled engine for the vessel, its chief executive Håkan Agnevall said at the Nor-Shipping conference.

Having made significant progress on the technical side, the ZEEDS consortium is now working on the commercial element by lining up industrial consumers for green ammonia supplies.

A 2.5MW hydrogen power plant is already in operation at Berlevåg with power from the wind park as part of ZEEDS Arctic, which will entail investments of several billion kroner.

But Grieg Maritime Group chief executive Matt Duke told the conference there was a need for the cost gap to be reduced between fossil and low-carbon fuels, possibly through differential contracts based on carbon pricing, to incentivise the use of green ammonia.

And Aker Clean Hydrogen chief executive Knut Nyborg urged Nor-Shipping delegates: “The industry needs to start making green investments now. We will make sure you can source green fuel where and when you need it.”

Log in to My Nor-Shipping for your ticket, programme, exhibitor list, hall map, information and much more
Subscribe to our newsletter
Get all the updates directly in your mailbox