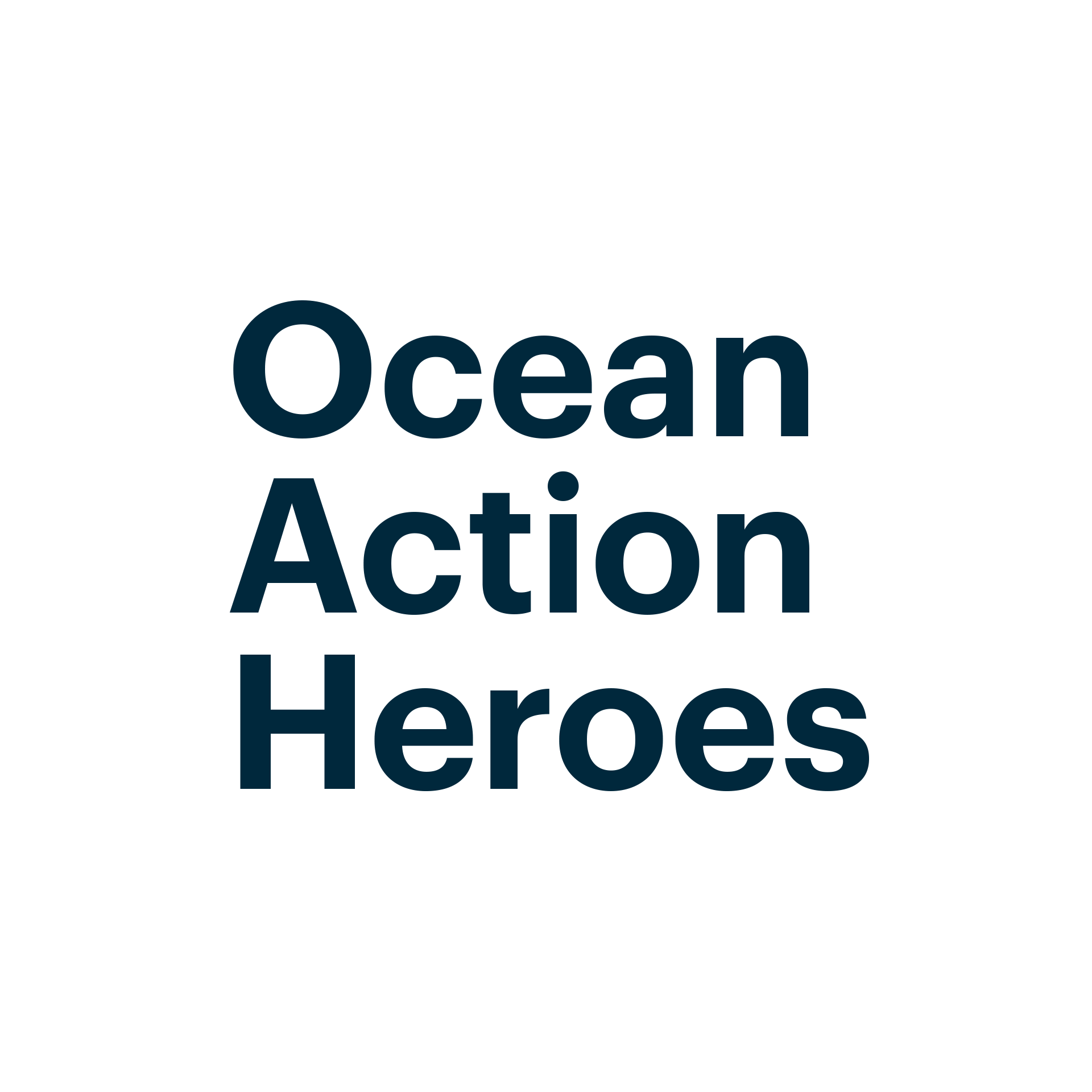 The world needs to see action on, in and related to our oceans. We need a new breed of heroes to lead the way. Heroes that have the ability to turn challenge into opportunity. Our first Ocean #ACTION Hero, in a series of feature articles, is Boyan Slat, CEO and Founder of The Ocean Cleanup.
Facebook Twitter

When you’re trying to save the world you can be forgiven for sounding a little tired.
And Boyan Slat, the Dutch wunderkind that exploded onto the environmental stage in 2012 with a TEDx talk on ocean plastic pollution, sounds exhausted.
Speaking over the phone from his base in the Netherlands he gives the impression he’s just got out of bed when, in reality, he sorely needs to get into it. However, listening to the scale of this 25-year old’s ambitions – the work that needs to be done – it quickly becomes apparent that he doesn’t have the time to sleep.

Because Boyan Slat, as you would expect from a ‘super hero’, is fighting a foe intent on taking over the planet.
Plastic.

A load of rubbish

You probably know about the problem with plastic pollution:
The 12.7 million tonnes of it washed into our oceans every year; the 5 trillion individual pieces currently afloat; the 51 trillion microplastic particles poisoning the marine ecosystem; and the scale of the Great Pacific Garbage Patch, a vast dump of debris off the coast of California that’s twice the size of Texas.
And if you know about the latter you’re probably familiar with Slat. He’s the original Garbage Patch Kid, targeting its collection with his ground-breaking Ocean Cleanup organization – using a huge floating ‘artificial coastline’ to capture and retain plastic for recycling.
It’s simple, it’s effective (the maiden catch brought ashore in Vancouver last December illustrated that), and it’s genius. But arguably not as much as his latest launch, which you may not know about, but definitely should.
Everybody should.
It’s called the Interceptor.

“It was always our intention to go to the source of the problem,” Slat reveals, “but the accumulated stock of ocean plastic was such a neglected area that it became the obvious first target. However, in 2015 we thought it was time to take a risk and start the second business line, even before the first was fully operational.
“So, we began looking at prevention. We began looking at rivers.”
The Ocean Cleanup initiated a study to map where plastic enters our oceans, discovering that around 80% of it originates from the world’s 1000 most polluting rivers (with individual outputs ranging between 0.8 and 2.7 million metric tonnes of waste per annum). The remaining 20% is deposited by a second tranche of 30,000 water ways.
Slat says this finding hammered home the realization that his first ‘business line’ would be fighting a losing battle if he didn’t “turn off the tap” and stop the plastic at the source.
“The rivers are the arteries feeding garbage into the ocean,” he stresses, “transporting waste from land to dump at sea. But if we can block those arteries, we bypass the problem. So, we needed a solution for those 1000 rivers.”
And now he has one. One that Ocean Cleanup aims to deploy across all of those 1000 rivers by 2025. If they can get the support.

Going with the flow

Meet the Interceptor. As its name imparts, this solution intercepts river borne rubbish before it escapes to sea, using a ‘barrier’ that is optimized with the river’s natural current to guide waste to a moored collection unit. This is a 24m long, autonomous catamaran barge with a central conveyor belt to gobble up the garbage flow, feeding it into six dumpsters, with a combined capacity of 50m3. Powered by solar energy, charging a 20 kwh onboard battery, the system monitors the debris levels, automatically distributing it between the individual bins and using a 4G cloud link to communicate with a land-based support team, who then empty the unit as required. Working at optimal efficiency a single Interceptor can extract up to 100,000 kg of garbage from a river per day, with the conveyor belt capable of carrying 24 kg per second.

That is a colossal amount of crap that would otherwise have ended up choking birds, soiling the sea and entering the aquatic food chain.
It is a stunning idea… if it works.

“It does!” retorts a reawakened Slat.
“We’ve already deployed two, the first in Jakarta, Indonesia and the second on the Klang River, Selangor, in Malaysia. The first has been operating successfully for the past year and the Malaysian model, which is the second generation (informed by the experiences of the first) was deployed in September 2019. Two more second generation models are currently in production for deployment in Vietnam and the Dominican Republic, while we’re looking to take the third generation from the drawing board to manufacture now. Things are moving fast because they have to.”
He’s not kidding.

To turn off the taps in 1000 rivers in five years seems startingly ambitious, but then this is the same guy that launched his original clean-up concept to the world at the age of 16, winning the coveted Nor-Shipping Young Entrepreneur Award (aimed at rising maritime stars aged under 40) just two years later. He seems to thrive on challenge.
Which is lucky, considering what lies ahead.

Slat is confident, yet cautious. He says the Interceptor already works well and the refinements between generation two and three will help fine-tune the solution – with greater use of off the shelf components (for quicker manufacture and deployment), simplified design, better capture efficiency, and optimized dimensioning of the system (which will be one standardized size for all assignments).
The Ocean Cleanup is currently in talks with potential manufacturing partners (including shipyards) to ensure the units can be produced on the required scale for the task at hand. However, funding needs to be produced to scale too, and this demands further innovation.

“There’s various models we’re playing with at present,” he says of potential ownership and financing. “Importantly, we need to stress we’re not a sales-based organization – we aren’t focused on revenues, we’re focused on impact. It’d be a waste of time to sell these if they weren’t going to be used to maximum effect. At the same time, we obviously don’t want to be looking after 1000 of these on our balance books… that wouldn’t be feasible.”
So, what is?

“The ideal situation is where we have a local operator for each system – this is quite simple, with minimum infrastructure required (a boat, quay, crane and forklift basically). They would either own it or work for local authorities, with revenues coming from recycling the ‘catch’ alongside other funding streams, e.g. government grants or corporate sponsorships for example.

“The important thing is building a value chain so there’s adequate financial incentive. If this can be established then we believe this a scalable, robust, simple and effective solution that can roll out quickly.”
The Ocean Cleanup’s team will help interested parties and individuals lobby relevant local authorities to facilitate this, while their website features a ‘nominate your river’ option to help kickstart the process.
Slat is strikingly unsentimental about whether this emerges as the “big idea” that will transform the plastic problem, stating simply “that’s not the issue.”
“Whether it’s the Interceptor or a rival concept that tackles this challenge is irrelevant,” he says. “It just needs to be tackled. Now.”

Wasting time is clearly anathema to the Ocean Cleanup founder. He works with an urgency that is inspiring, and maybe even a little intimidating, seemingly brushing off setbacks and criticism – both have been in ample supply, especially when the first of his passive ocean cleaning systems broke up in early 2019 – to retain focus on his wider mission.
He has been adept at building both an international team, popular support and industry backing, with a raft of maritime partners, headed by Maersk and Boskalis, providing critical support through established expertise, infrastructure and assets.

Slat says the Nor-Shipping accolade was undoubtedly important to raising his profile within the “super critical” shipping industry and applauds the event week’s focus on #ACTION (it’s over-riding theme) for its next outing in 2021.

“That is really what the world needs to see in, and for, our oceans – action!”

“That is really what the world needs to see in, and for, our oceans – action!” “Plastic is only one part of the environmental jigsaw, but it’s an essential one and we must tackle it as soon as possible to minimize damage and allow the oceans to breathe. It’s an issue for the wellbeing of our planet and society, but it also has immediate impacts on industry.
“For example, when we were out in the Pacific a discarded net from the garbage patch wrapped around the propeller of our 35m anchor handling vessel, bringing the engine to an abrupt halt. This is an obvious vessel safety issue and will only get worse if the pollution grows. So, it’s in maritime’s interest to act now too. We need your support. We need to work together to solve this.”
Even super heroes it seems, can’t save the world alone…
To find out more about Boyan Slat and The Ocean Cleanup see – https://theoceancleanup.com/

Nor-Shipping 2022, Your Arena for Ocean Solutions, is focusing on the people, companies and innovations taking positive action in our oceans – tackling challenges, seizing opportunity and achieving business success. The exhibition and event week, which attracted almost 50,000 participants in 2019, takes place in Lillestrøm and Oslo, Norway, 10-13 January 2022.
www.norshipping.com

Book now
Log in to My Nor-Shipping for your ticket, programme, exhibitor list, hall map, information and much more
Subscribe to our newsletter
Get all the updates directly in your mailbox