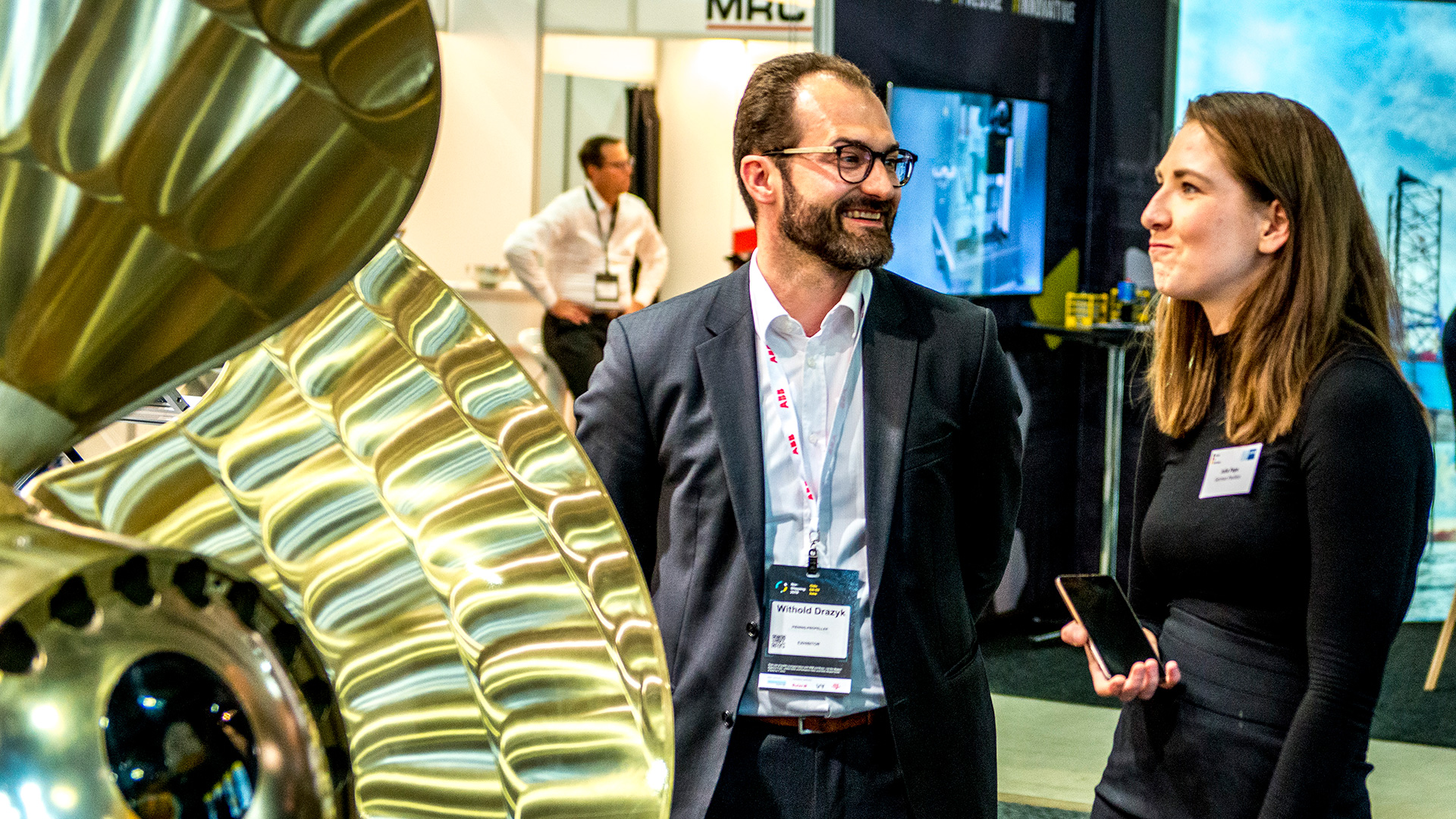 A Nor-Shipping in winter? Just one short year ago the suggestion would have been met with an air of disbelief. But now, with plans for Your Arena for Ocean Solutions to take place in January 2022, many within the industry are quickly growing accustomed to the idea of a “winter wonderland” for exhibitors and visitors alike.

“Well, I don’t think we’ll be enjoying a beer in short sleeves sat on the Oslo waterfront,” laughs Erlend Prytz, the CEO of Norwegian Maritime Exporters, “but there’ll be other things to look forward to.”
Prytz, the head of an organisation that promotes leading Norwegian companies to international customers, gestures towards the window.
Out there, in his country’s capital, the snow is quietly cascading through silver-tinged, -5 air, adding a fresh layer to a scene that already looks like it’s been stolen from a postcard.
“Winter in Oslo is something special,” he says. “The seasons are very distinct here, and the city’s personality is completely different in January than it is in June.
“As a nation we love the outdoors, so we’re geared up to make the most of a winter, and snow, that stretches on for many months, with lots of activities – both in the city, and the forests and hills that embrace it. I think that ‘winter wonderland’ ideal holds a very special allure for international visitors.
“With that in mind, I don’t see this as a drawback,” he smiles, “I see it as an opportunity.”

Prytz is discussing Nor-Shipping.
The leading international event week, originally scheduled for June 2021, announced a postponement this month – pushing Your Arena For Ocean Solutions back to 10-13 January 2022. The reasoning is all too familiar, with the public health restrictions necessary in the pandemic impacting upon the very essence of what has traditionally made Nor-Shipping such a hit. Namely, its ability to bring the entire ocean value chain together; enabling partnerships, sharing and showcasing innovation, and, through face-to-face interaction, boosting business.

From a position of looking to build on 2019’s record participant numbers (around 50,000 – a 34% increase over 2017), the Nor-Shipping team were faced with running a scaled down, socially distanced exhibition and activity programme, with limited overseas visitors.
“It became clear that a summer 2021 event would not provide the platform we want, and our industry needs,” declares Director Karen Algaard. “So, we had to make a decision. Less people, less interaction and more virtual activity, or a delay that retained Nor-Shipping’s personality and impact. That wasn’t a decision we wanted to make, but there really was only one sensible option.”
It’s a choice few have argued with.

Prytz’s organisation boasts around 100 of Norway’s leading maritime businesses as members, supporting them with a carefully tailored programme of exhibitions, networking and knowledge sharing events. Nor-Shipping is a cornerstone of its activity – a crucial platform for showcasing the cluster’s unique competency to the world.
It is, he says, worth waiting for.
“The huge majority of our exhibitors are fully behind the postponement,” he says. “It goes without saying there’s a lot of disappointed people, including me, that were looking forward to June 2021, but it would be impossible to have a ‘true’ Nor-Shipping in the current climate. And nobody wants to dilute a winning formula.”
It’s an opinion that’s not exclusive to Norwegian natives, as Andreas Totzauer, of the German-Norwegian Chamber of Commerce, confirms.

Totzauer’s organisation traditionally organises one of the largest international pavilions at Nor-Shipping, helping cement relationships between two nations, and business clusters, with strong maritime ties.
He describes the postponement as “the right move” noting: “At this point, more than 75% of our exhibitors have agreed to join the German Pavilion in 2022 and we are waiting for others to make final decisions. The feedback about the postponement has been very positive.”

Like Prytz, he admits the wait is unfortunate, but that it will only add to the anticipation and importance of the event after a “trying time”.
“Meeting customers and business partners in person is essential,” Totzauer opines. “Sales in the corona pandemic have been more difficult for many companies. Keeping in touch with customers digitally is working quite well, but nothing can compare to building up relationships through actual physical meetings. Our customers and us are very much looking forward to that.”
On the subject of winter, he admits that the usual maritime flavour – “with the social events at Tjuvholmen (beside the Oslo fjord) and DNV barbecue” – may be hard to replicate, but views it as “a great opportunity to show another side of Norway.”
Intriguingly for those with an interest in German-Norwegian relations at the show he says he and the team “already have some exciting ideas for hosting an evening or afternoon event at a great winter location.”

Totzauer’s figure of 75% has been matched on an exhibition-wide scale, with around 70% of available space at the Lillestrøm-based halls already booked for January 2022.
It’s a number that provides a clear sense of vindication for the rescheduling.
Importantly, Nor-Shipping’s commercial partners have been equally as supportive as exhibitors. Perhaps even more so, reveals Algaard’s fellow Director Per Martin Tanggaard.
“100%,” he says when quizzed on the issue. “Every one of our partners have retained their commitment to support us, with, I believe, a great deal of enthusiasm for the concept of a January Nor-Shipping. It opens up new possibilities for tailoring activity and stands that complement winter here – providing an opportunity to deliver a ‘real once in a lifetime’ experience. That’s going to be a big pull for visitors.

“I know the postponement is far from ideal,” he admits candidly, “but there are clear positives to take away from this. We should still be the first European trade fair to really physically re-engage with the industry, and we’ll be doing so in a unique manner, in a unique environment. I hope that gives a lot of people something special to look forward to.”
That certainly seems to be the case with Prytz.
“I just hope the weather’s like this,” he remarks with a final laugh. “Maybe we can get the entire industry to take up cross country skiing!”
That, it seems, may be one step too far, even for Nor-Shipping.